At the turn of the 20th century a major war broke out between a European power and a rising Asian power in the Far East. The question of who won the Russo-Japanese war would be settled in a decisive manner.

The dynamic behind the Russo-Japanese war and its beginnings are multi-faceted. The Japanese were an emerging threat in the Far East ever since the reforms enacted through the Meiji Restoration in the mid-19th century.

Their victory in the First Sino-Japanese War from 1894-1895 cemented the belief by Western powers that Japan, not China, was now the dominant force in East Asia. As a result of the war, Japan also extended its sphere of influence in the region into Manchuria and the Korean peninsula.

This directly clashed with Russia’s own imperialist agenda. Throughout the 19th century the Russian Empire gradually gobbled up more and more territory in Asia. Eventually the empire stretched all the way in the east to the Kamchatka peninsula.

Russia had further ambitions in the region, including finding a better location to house their eastern naval fleet. Their main naval base of Vladivostok was located far north, and sea-ice often interrupted military and commercial activity.

Inevitably Russian and Japanese ambitions in Manchuria and Korea would lead to the Russo-Japanese war of 1904-1905. Japan would stun the world with a decisive victory that humiliated the Russians.

The war had various aftereffects and became a major influence in the future two global conflicts known as World Wars I and II.

What Started the Russo-Japanese War?

In the aftermath of the Sino-Japanese War of 1894-1895, the “Triple Intervention” of Russia, France, and Germany forced Japan to agree to more lenient peace terms with China.

In the peace treaty, Japan was required to withdraw from the Liaodong peninsula and Port Arthur in southern Manchuria and abandon the further territorial gains it sought.

Japan felt the European powers cheated it from its rightful spoils of war. The animosity grew even further when Russia immediately occupied Port Arthur and the Liaodong peninsula and the other European powers seized Chinese ports under various contexts.

Russia entered the region for both economic and military reasons. Russian greed for timber and mining near the Yalu river bordering Korea influenced its actions. Militarily, Port Arthur would serve as the further south warm water port that could house the Russian Pacific Fleet.

As Japan viewed southern Manchuria and Korea as within its sphere of influence, tensions quickly arose in the region. The situation became worse following the Boxer Rebellion in 1900.

In response, Russia sent hundreds of thousands of troops pouring into Manchura to protect its various railways under construction such as the Chinese Eastern Railway and South Manchuria Railway connecting Port Arthur.

Though Russia promised to remove these troops in the aftermath of the rebellion, they gave no time table. The troops were still present in Manchuria by 1903, leading Japan to pursue diplomacy in its quest to further define its sphere of influence and avoid war with the threatening Russians.

The Russian monarchy scoffed at the idea of compromising with an inferior Asian nation. Racial prejudices common at the time no doubt played a role in the Russian overconfidence.

Tsar Nicholas II intentionally stalled negotiations as he did not believe Japan would declare war against the mighty Russians.

However, Japan indeed chose war with the Russians, likely bolstered by their 1902 alliance with  Britain. Japan hoped this alliance would keep other European nations out of the war.

The timeline of the Russo-Japanese war lasted just under two years. What began with a Japanese surprise attack on the Russian naval squadron at Port Arthur in February 1904, ended in September 1905 following US led peace talks.

The Russo-Japanese war began with a Japanese surprise attack on Port Arthur on February 8, 1904. Like the attack on Pearl Harbor nearly three decades later, Japan attacked hours before Russia received the official declaration of war.

The Japanese sought to catch the Russians unprepared and deal a devastating blow to their Pacific fleet housed at Port Arthur. The attack ended inconclusively, as Russian shore batteries were able to protect against the worst of the attack.

Despite this, the battle proved to be a huge psychological victory for Japan and showed the Russians this conflict would not be the easy victory they had been expecting.

From there, the Japanese blockaded Port Arthur to prevent the Russian fleet from interfering with their troops’ movements. By early August, Japan was in position to lay siege to the port city by land and sea.

The Russian fleet attempted to escape, though in the corresponding Battle of the Yellow Sea, Japan forced the fleet to return to port after heavily damaging enough ships.

In December, the Japanese captured a strategic position in the hills surrounding Port Arthur. From this vantage point the Japanese howitzers could shell the Russian navy at port. One by one the Japanese guns systematically destroyed ships until finally wiping out the Russian Pacific Fleet.

Fearing the worst, the Russian leader at Port Arthur surrendered the city to the Japanese in January 1905.

Meanwhile the Russians and Japanese engaged in several land battles in 1904. The Battles of the Yalu River in April, Nanshan in May, and Shaho in October were all vicious engagements that led to high casualties on both sides.

Shockingly, the Japanese continued to hand the Russians tactical and strategic defeats.

This trend continued on the land in early 1905. At the battles of Sandepu and Mukden, Japan once again sent the Russians fleeing and the fanatical Japanese offensives unnerved the enemy.

Though the Japanese handed the Russians several losses on land, the Russian army remained intact and always a threat with their seemingly unlimited supply of manpower. A Japanese victory would need to be secured through their navy.

In October 1904 the situation at Port Arthur was looking dire. With the Pacific Fleet trapped, the Russians ordered their Baltic Fleet to sail all the way from the Baltic Sea to Port Arthur to relieve the Japanese blockade.

The journey would be over 18,000 miles and require the fleet to sail around the tip of Africa. The trip was a monumental logistical undertaking. As Russia was at war, the fleet was not able to refuel with coal at any neutral port and thus required to stay in international waters.

The trip was not without its blunders. In the Dogger Bank Incident, the Baltic Fleet mistakenly fired upon British fishing ships, killing three people. The paranoid Russians mistakenly believed the fishing ships were Japanese torpedo boats.

After nearly seven months the Baltic Fleet finally arrived only to find that Port Arthur had already surrendered. Worse, the Japanese fleet knew they were coming and were waiting for them.

At the Battle of Tsushima in May 1945 the Japanese were able to “cross the T” – a naval maneuver where the attackers can utilize their broadside guns while the defenders can only use their forward turrets.

After the incredibly long journey, the Russian fleet was virtually annihilated during the two day battle.

The defeat was so absolute that it was the last major confrontation of the war. The humiliating defeat and utter destruction of two of their three naval fleets finally brought the Russians to the peace table.

Who Won the Russo-Japanese War?

The Japanese stunned the world and definitively answered the question of who won the Russo-Japanese war with a complete and dominant victory over the Russians. Russia lost two of its three naval fleets and saw no path to victory following the Battle Tsushima.

After the Battle of Tsushima both countries were eager to end the conflict. Despite the Japanese domination, the heavy casualties on both sides and the massive economic cost of financing the war was draining both nations.

The Japanese requested that US President Theodore Roosevelt mediate peace talks. Roosevelt aimed for both parties to come out content with an agreement, though following through would be nearly impossible.

Japan was adamant that Russia pay an indemnity for their war costs and to cede Sakhalin Island north of Japan. The proud Russians refused both charges, and were likely too financially constrained to make any reparation payments if required to do so.

Both parties begrudgingly signed the Treaty of Portsmouth in September 1905, officially ending the war.

Japan won its hard-fought control over Korea and South Manchuria as well as half of Sakhalin Island. The Russians had to vastly reduce their influence in the region, but maintained some control and did not have to pay an indemnity.

Though the terms were favorable to Japan, the Japanese public was furious over the lack of an indemnity. Public animosity once again rose over being “cheated” of the spoils of war in their dominant victory.

That hatred was especially pointed towards the United States over its alleged role in mediating the peace talks and helping the defeated Russia to more favorable terms. This animosity only grew over the following decades as the US extended its own imperialistic tendencies further into the Pacific.

The Significance of the Russo-Japanese War

The historical significance of the Russo-Japanese war lies in how it catapulted Japan onto the world stage, included major new developments in weapons technology and led to a loss of prestige for the Russians.

The media followed the entire war very closely with war correspondents on both sides. Newspapers often reported major troop movements including the whereabouts of the Russian Baltic fleet as it traveled around the world.

This level of coverage and worldwide attention was a precursor for the major wars to follow. In addition, the battles revealed several major indicators regarding the power of new technology and weapons.

The Battle of Tsushima proved that battleships with all long-range guns were the dominant naval vessel of the time. Going into the war, navies preferred ships with a combination of short-, mid-, and long-range guns.

The Battle of Mukden was a precursor to the fighting in World War I. Mukden was likely the largest battle in world history at that point in terms of number of participating troops. The high casualty counts also foreshadowed those that were to occur in the next global conflict.

The new technology of machine guns and long-range artillery would prove to be extraordinarily deadly. European military observers failed to learn from the war and would repeat some of the worst blunders on the Western Front of World War I.

Perhaps most importantly, the prestige and perceived threat of Russian power was greatly diminished after the Russo-Japanese war. The Russian failure to defeat an Asian nation was humiliating and devastating to the Romanov dynasty. Just a decade later their rule would end.

Europeans held the Russians in such contempt that German war planning, including the famed Schlieffen Plan of WWI, accounted for the relative weakness of the Russians.

The victory over a European power catapulted the Japanese onto the world stage. The confidence gained in winning the war later translated into more aggressive actions and sparked future conflicts.

Though little known, the Russo-Japanese war played a large role in spurring on the events of the following decades. 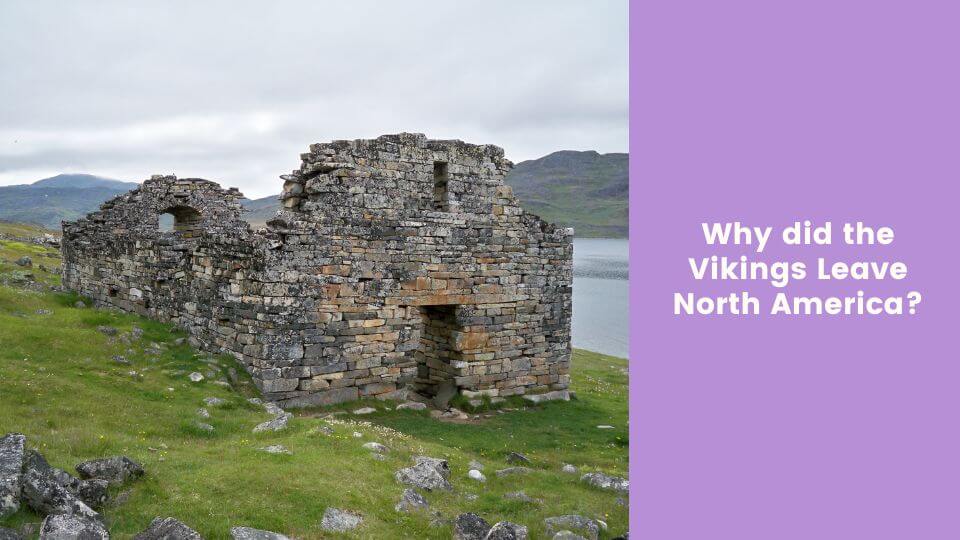 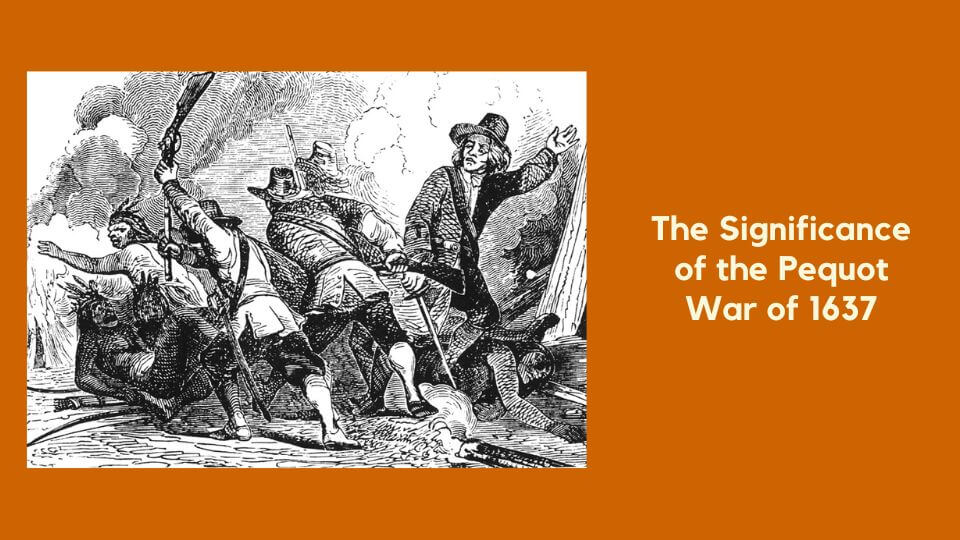 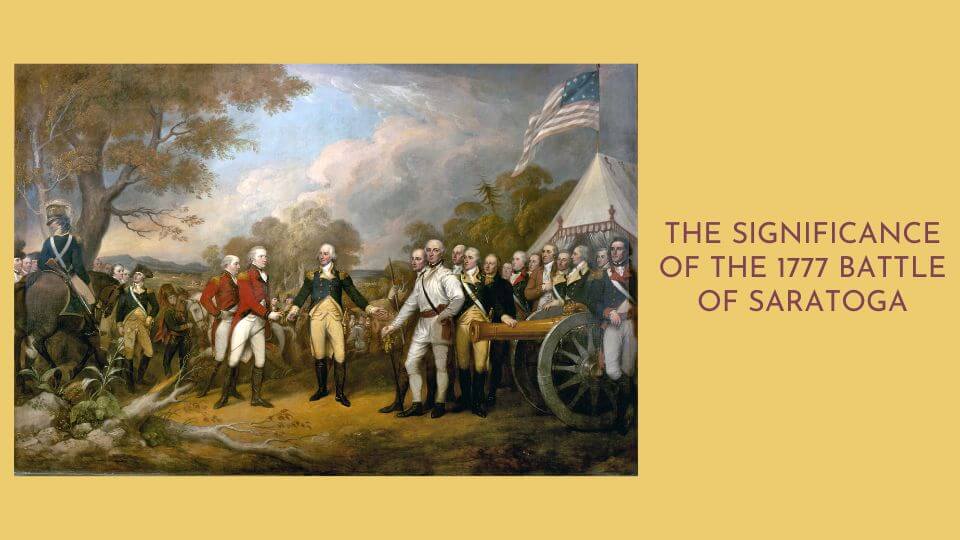