Tariff policy and its effect on sectionalism in the early United States has drawn considerable interest throughout American history. Based on traditional narratives it is surprising to learn just who supported and who opposed one of the first major tariffs in American history: the Tariff of 1816.

A tariff is tax on specific imported goods from a foreign nation. It can be used to help generate revenue or also serve as a way to “protect” domestic industries by making their foreign competition more expensive to consumers.

The significance of the Tariff of 1816 is that it is unique as the first US tariff that was specifically designed to be protectionist in nature. The nascent American manufacturing industry simply could not compete with its more established European counterparts and risked failing without protection.

In the lead-up to the Civil War, tariffs—including the Tariff of 1816—contributed to the rise of sectionalism. The south vehemently opposed tariffs while the north and west in general supported them.

Given this division it is interesting to note that the Tariff of 1816 was passed with southern support, and included some northern opposition. Increased post-war nationalism contributed to this development as southern leaders swelled with pride over the important victory at the Battle of New Orleans.

The feeling would not last as nationalism waned throughout the period known as the “Era of Good Feelings.” The Tariff of 1816 would be the last tariff supported by the south.

American Manufacturing in the Early 1800s

In the early 1800s the American manufacturing industry was still in its infancy. By 1816 only 1% of the entire labor force was employed by large-scale manufacturing in the New England area. This would drastically change as by 1840 manufacturers employed over 15% of all workers.1

The United States largely relied upon foreign nations such as Great Britain and France to supply its manufactured goods at this time as domestic production was costlier and produced lower-quality goods.

The Napoleonic wars lasting through 1815 and the important War of 1812 helped to spark life into American manufacturing. European businessmen increasingly established factories in the United States in order to avoid economic disruptions caused by war in Europe.2

The wars disrupted global trade, leading to US policies such as the Embargo Act of 1807 which led to a decrease in US imports. The outbreak of the War of 1812 further debilitated US trade as Britain refused to actively trade with its enemy.

American manufacturing, particularly in the north, emerged to help fill the gap caused by a reduction in imported goods.

Following the War of 1812 and end of the Napoleonic Wars, American manufacturers were at great risk of bankruptcy. Most industries just could not compete with their more established foreign counterparts as global trade resumed.

In general, US goods were simply too expensive given the extremely high cost of labor. In 1833 the average annual pay in the US for cotton-textile factory workers was $194 compared to just $114 for British workers.1

This also factors in that factories paid women just 42% of the wages of men at the time and nearly 61% of all cotton mill workers were women. The shortage of labor was a huge issue for early manufacturers.

US manufacturers could produce lower-quality goods fairly competitively but consumers relied upon the British for higher-quality goods when the American versions were far too expensive. Tariffs were designed to help close the gap in price and make American-made goods more competitive.1

The Tariff of 1816 and Sectionalism

The Tariff of 1816 nurtured American manufacturers by raising import duties across the board to an average of 20-25%. The increased cost of British goods allowed US business to become more competitive and offer comparatively lower prices for goods to the now high-priced British goods.

The significance of the Tariff of 1816 lies in the fact that it was definitively the first tariff in United States history that was passed specifically for protectionist intent. Previously-enacted tariffs such as the Tariff of 1789 may have incidentally had protective elements but that was not the primary objective.2

Secretary of the Treasury Alexander J. Dallas helped design the tariff to include three distinct categories. It is because of him that the Tariff of 1816 is sometimes referred to as the Dallas Tariff.

The Tariff of 1816 was widely-supported across the nation and temporarily halted the rising tide of sectionalism. Congress designed the tariff as a temporary measure due to expire after three years in 1819.

Despite the new protections, other economic factors diluted the tariff’s effectiveness. Loose credit extended by banks and cheap European goods flooding the market were main causes of the Panic of 1819 that threatened American manufacturing.2

The panic rocked the nation and contributed to the end of the Era of Good Feelings. Even Henry Clay was forced to temporarily leave Congress and return to private law to help pay off his debts.

Who Supported and Opposed the Tariff of 1816?

The nation largely united in support of a new tariff. However, there were some shocking revelations when assessing who supported and who opposed the Tariff of 1816.

Even former President Thomas Jefferson reluctantly admitted that the US needed economic independence from Britain and a tariff would help protect American manufacturing despite his ardent Jeffersonian idealism.2

Their support was unusual but significant. Historians have theorized that southern leaders may have had ambitions for manufacturing to grow in the south. After further analysis, this conclusion appears unlikely.

Instead, Calhoun and others likely took a more nationalistic approach. The War of 1812 left the United States with a huge national debt that was only projected to grow without additional revenues. Southerners supported the tariff as they simply lacked a better approach to increase federal revenues.3

The south also deeply resented the British and fear of another war remained high. The credible British threat to flood the US market with cheap British goods to bankrupt American manufacturers incensed those around the nation.3

Not until the Rush-Bagot Treaty of 1817 would tensions somewhat simmer. With the possibility of war near, it was critical to protect American manufacturing.

Among the few that opposed the Tariff of 1816 one of the more shocking was Senator Daniel Webster. Webster and several former Federalists from New England voted against the tariff as New England merchants and shipping interests would be negatively impacted by the reduced trade.2

As manufacturing expanded throughout New England, Webster and others switched positions and became outspoken supporters of future tariffs.

The Significance of the Tariff of 1816

The true significance of the Tariff of 1816 is because it was the first tariff passed in United States history designed with protectionist intent. Protecting American manufacturers to help them grow formed the core of the temporary tariff measure supported widely across the nation.

Congress passed the Tariff of 1816 at a similar time as the passage of other wide-sweeping federal measures such as the establishment of the Second Bank of the United States in 1816. The tariff and bank formed two critical components of Henry Clay’s American System designed to spur economic self-sufficiency.

The nationalistic sentiment that helped the passage of the of the Tariff of 1816 quickly waned as rising sectionalism dominated politics. Southern leaders soon realized that the tariff did not benefit them in the slightest and in some ways actually hurt the southern economy.2

After the expiration of the tariff Congress proposed a new tariff in 1820 but the south withdrew support and narrowly defeated the bill. The contentious and important Missouri Compromise also soured relations between north and south as slavery joined the tariff as divisive measures along sectional lines.

Only due to congressional reapportionment in 1820 did future tariffs become possible. In the new Congress the pro-tariff western and mid-Atlantic states gained 23 more seats, leading to the Tariff of 1824 and the 1828 “Tariff of Abominations.”2

The harsh tariff led to the Nullification Crisis of 1832 that nearly severed the nation 30 years in advance of the Civil War.

Another side effect of the 1816 tariff was the increasingly sophisticated efforts from northern manufacturers to gain favorable legislation. These efforts led to the rise of full-time lobbyists, a feature that persists to the present day.4

Ultimately, the Tariff of 1816 was a unique revenue-generating law that enjoyed rare national support. The nationalistic sentiment would not last as the nation plunged down the long road to the Civil War. 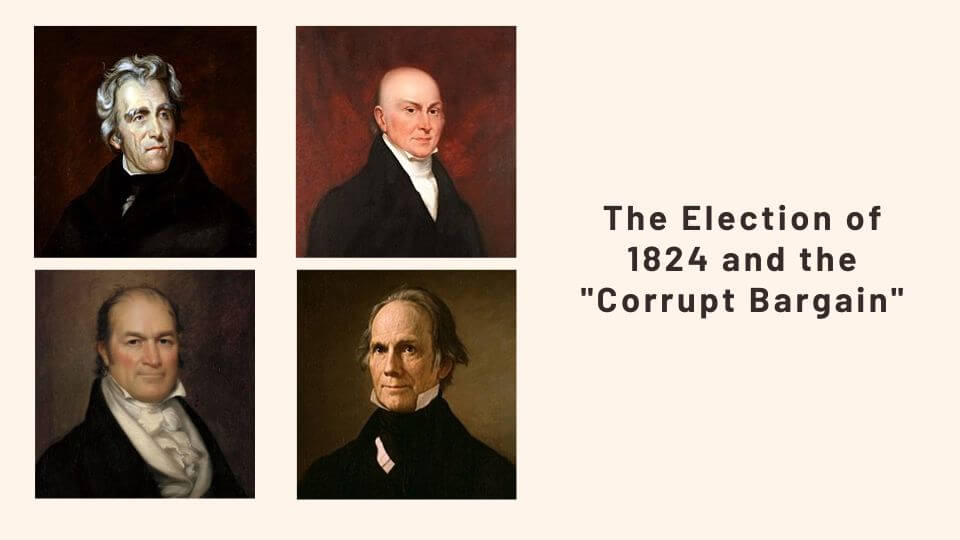 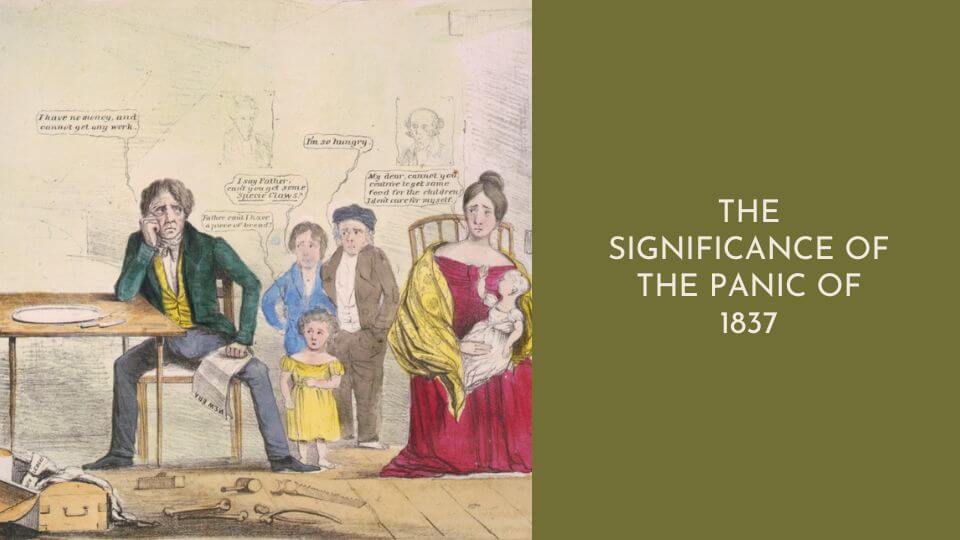