One of the most important and influential documents in United States history is George Washington’s Farewell Address.

At its heart, the address was Washington’s message to the citizens of the United States to ensure he was completely removed from consideration in the important election of 1796. Perhaps most importantly, Washington gave his “friends, and fellow citizens” some crucial parting advice gathered from his thoughts and experiences from over four decades as a public servant.

While historians have debated the significance, intent, and true meaning of Washington’s Farewell Address in the years since its 1796 publication, its timeless principles have guided American policy for centuries.

While Washington’s Farewell Address comes in at a lengthy 7,641 words, there are six main points or themes:1

Firstly, Washington addresses the necessity and importance of national union to ensure republican principles of liberty, peace, and prosperity for the American people. Without the Union, the individual states would be weak and susceptible to European influence and domination.

Washington provides specific examples of how individual states and regions are all interconnected and benefit more from union, rather than disunion.

Next Washington provides a spirited defense of the Constitution, calling it a marked improvement over the Articles of Confederation. Here he suggested that in order to keep power among the people, the Constitution must only be changed via Amendments, and even then only after time has passed proving the amdenment’s necessity.

Sectionalism sowed the seeds for disunion by dividing the United States into regions based on economic and cultural values. Political factionalism threatened to split the union into two or more by stressing the importance of party or individuals over nation.

Interference by foreign powers and the dangers of permanent alliances were huge threats to a young and relatively weak nation like the United States. Only by remaining neutral and employing constant vigilance against foreign meddling could the union survive.

Finally, Washington stresses the importance of virtue, morality, and religion amongst the citizenry. Only with these principles could the people and nation truly prosper.

Why Was Washington’s Farewell Address Important?

Washington’s 1796 Farewell Address was important as it established a two term precedent, promoted patriotism and unity, urged neutrality and independence, and warned against sectionalism and factionalism.

The address itself is a timeless classic that Washington himself outlined, edited, and approved the final version, but James Madison and Alexander Hamilton actually wrote.2

Historians from different eras across US history have interpreted the address in various ways. Legendary historian Alexander DeConde argued that the text must be interpreted as it was in its day: a partisan promotion of Federalist principles in advance of the election of 1796.3

Other historians interpret the document at its face value as an advice-filled parting gift from a disinterested friend to the American people. Regardless of interpretation, the document has held utmost significance as many of its words and warnings still ring true to this day.

One of the most important aspects of Washington’s Farewell Address was how it established a two term precedent for Presidents of the United States.

At the time of Washington’s presidency, the Constitution did not expressly state that a person was limited to two terms in office. Therefore, had he wanted to, Washington could have run for a third, fourth, and fifth term and eventually died in office had he continued to be reelected.

Dying in office was something that Washington greatly feared. He feared that should he die in office, the perception among Americans was that the Presidency would be a lifetime appointment, and not one subject to reelection every four years.

While this consideration weighed heavily on his decision to retire, after over forty years of public service, Washington was simply ready to depart the national political scene. In fact, he had prepared to retire following his first four year term in 1793, but ultimately decided against it at the urging of his fellow leaders given the fragile state of the union.1

By 1796, the union was stronger and in a less vulnerable position, giving Washington the confidence to step aside. In addition, Washington grew tired of the increasing partisanship and blunt and despicable attacks from the opposition press not only on his policies, but also on his personal character.

Opponents forged letters and printed them as genuine, tampered with his mail, and even accused him of stealing public funds to use for personal expenses. One-time friend Thomas Paine’s words perhaps stung most as he accused Washington of being “treacherous in private friendship… and a hypocrite in public life.”3,1

Washington’s two-term precedent was eventually enshrined in the Constitution via the Twenty-second Amendment in 1951, following Franklin Delano Roosevelt’s breaking of precedent with his four consecutive terms from 1933-1945.

One of Washington’s main points in the Farewell Address was to promote both patriotism and unity among American citizens. Washington states his intent clearly in the following remark:

Here Washington argues that American citizens should first consider themselves as American, rather than first from their local community or state. This call for patriotism was important, as the nation could remain together only if its citizens took pride in being American and would thus be willing to fight for its ideals.

Washington’s promotion of patriotism and unity came at a pivotal time. Division and internal strife highlighted much of the decade with debates over foreign affairs like the Neutrality Proclamation and British impressment of American sailors, the Jay Treaty, as well as internal dissent such as the Whiskey Rebellion and a frontier war with Native Americans ended by the Treaty of Greenville.

Only through unity could the United States continue to exist and serve Republican ideals.

While critics such as DeConde denounce the Farewell Address as merely a partisan document, in many respects it was meant to speak to all along the political spectrum. To highlight this, the basic sentiment of the Farewell Address was repeated by one of his most vocal opponents, Thomas Jefferson, in his inaugural speech in 1801:1

The simple phrase “entangling alliances” is often attributed to the Farewell Address, showcasing how Washington’s warnings took seed with both Federalists as well as Jeffersonian Democrats.

Washington’s words would later echo in the strong patriotic responses following the XYZ Affair and later during the Era of Good Feelings.

Another important theme within Washington’s Farewell Address was his urging of neutrality as a means of ensuring the United States’ continued independence.

A common interpretation of Washington’s address is that it advocated an isolationist policy. Ever since, isolationists have used Washington’s words as validation for their preferences. Even President Harry Truman remarked on this interpretation when asked about the Truman Doctrine which expanded America’s presence across the globe post-World War II:1

However, Washington was not a strict isolationist despite the appearances. He advocated against permanent alliances and saw little advantage to the United States of becoming entwined among European affairs.4

Even more dangerous would it be to tie itself to the fate of a powerful nation (Britain or France), essentially dooming the United States to become a mere “satellite” nation.

In its stead, Washington advised that the nation could “safely trust to temporary alliances for extraordinary emergencies.” Instead of permanent alliances, the US could adopt policies to administer to its commercial needs and nothing more.

To Washington, loose economic ties were far more beneficial than permanent alliances and far less risky to the young nation. American policy should prioritize peace, not war, and commerce, not conquest, in order to survive and grow. By advocating a policy of neutrality and not meddling in the affairs of other nations, the United States would strengthen its case against other nations meddling in its own internal affairs.1

Neutrality would serve the United States well through the various European conflicts over the following century, but a shift in US policy at the turn of the twentieth century saw the United States exert itself far more on the international stage and into the modern day.

Warned Against Sectionalism and Factionalism

Perhaps the most important aspect of Washington’s Farewell Address was his blatant warnings against sectionalism and factionalism. Washington held nothing back in how he saw these as direct threats to the prosperity of the union.

Political parties were in their infancy at the time of his address, but rapidly gaining popularity and influence. With their rise came division, and the fear that political parties alternating in power would exact revenge upon their opponents. Washington remarked to Thomas Jefferson in 1796:1

He foresaw how the accelerated formation of these hyper-partisan political parties could rip the nation in two, and already the seeds of regional divisions were growing between the north and south, and east and west.

The Farewell Address therefore thoroughly denounced political parties and warned of the dangers they posed. Washington also went to great lengths to show how division along regional lines was misguided. Instead, the various regions complemented and strengthened each other.

Only together could the union of states deliver the strength and security to protect the Republican ideals promised to American citizens.

It was these dire warnings that rang most true. Deep political divisions still remain to this day, while the sectional and regional division helped lead directly to the Civil War.

To recap, George Washington’s Farewell Address was historically important as it:

Whether the address was simply a partisan document attempting to convince the nation of Federalist principles, an address for Washington to defend his policies and cement his legacy, or simply a heartfelt advice-filled message for his fellow citizens matters not.

The fact that Washington’s Farewell Address has and still holds such significance in the minds of American leaders is a testament to its timeless principles aimed at keeping this union of states together at all costs.

While some of Washington’s advice has been ignored or abandoned, the address still holds great weight today.

To this day the United States Senate annually reads Washington’s parting words to serve as a constant reminder of the importance of unity as well as the dangers of factionalism. 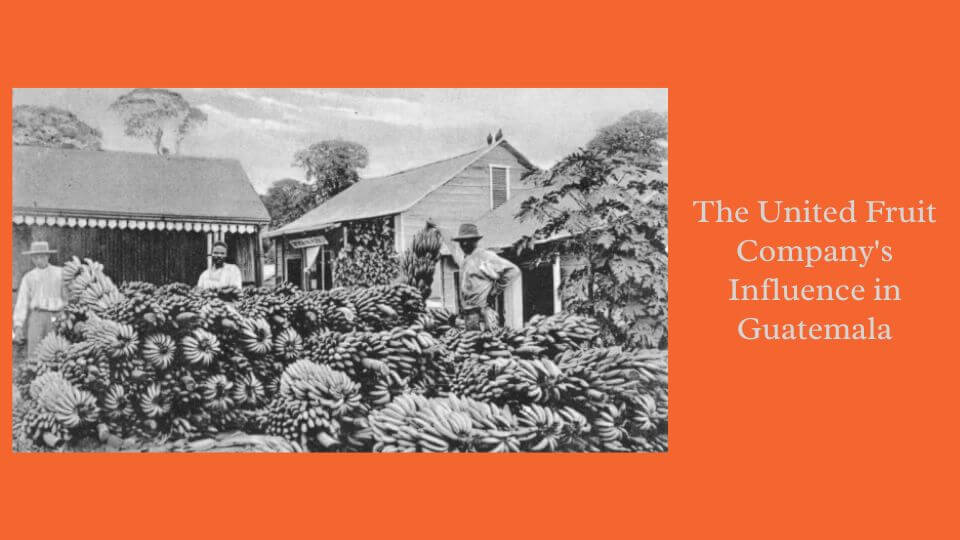 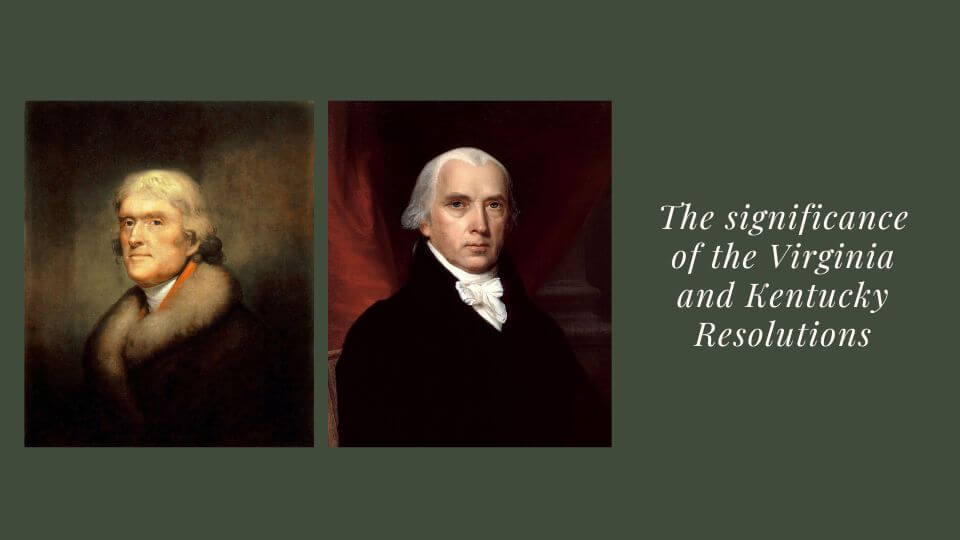 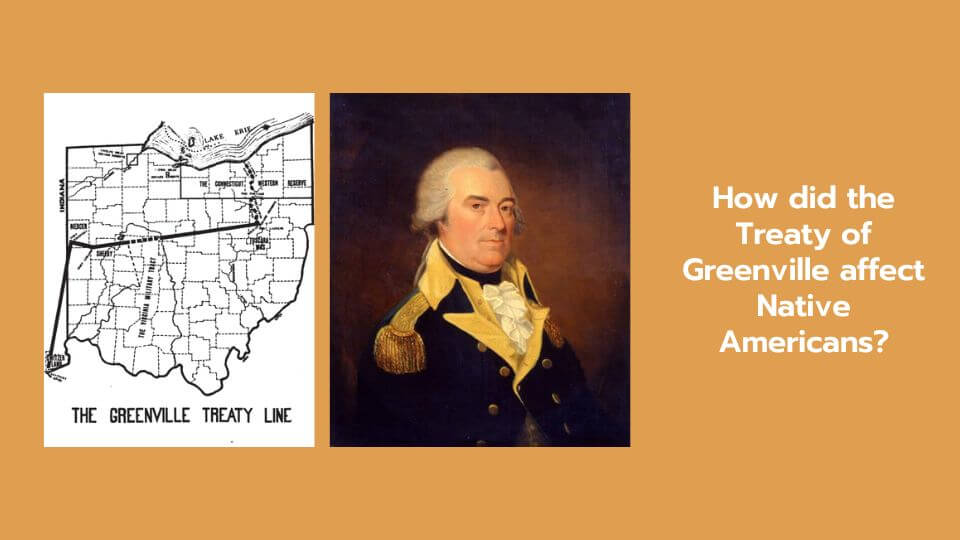