In the 1890s Joseph Pulitzer and William Randolph Hearst popularized a new style of journalism. This style was called “yellow journalism” and was used by newspapers to increase circulation and build a loyal following.

Yellow journalism relied upon highly-sensationalized stories and headlines to draw readers in. Reporters often overlooked or omitted facts while greatly exaggerating stories to achieve the desired effect of the editors.

Joseph Pulitzer and William Randolph Hearst are often credited as the originators of yellow journalism as they battled each other to be New York City’s largest newspaper publication.

This journalistic style caught the ire of many influential people, including President Theodore Roosevelt, who decried the newspapers. The publication of lies, deliberately misleading stories, and motivation for profits over integrity all characterized newspapers that engaged in yellow journalism.

The journalistic style also had major repercussions when it came to political events in the United States. Historians credit yellow journalism with playing a large role in leading the US into the Spanish-American War.

While newspapers utilized yellow journalism to great effect in the 1890s, the style did not last forever as the public and nation shifted preferences to “real” reporting.

Joseph Pulitzer and Willian Randpolph Hearst both played an outsized role in the public perception of yellow journalism in the 1890s.

Pulitzer bought the New York City newspaper New York World in 1883 and through his characteristic style it quickly became the top-selling newspaper in the city. The newspaper was only sold for two cents per issue and offered more and better content than other similarly-priced newspapers of the time.

Pulitzer emphasized the use of so-called “muck-rakers” to help expose privilege and corruption throughout the city and nation. He also utilized sensationalized headlines to draw readers in and sway public opinion.1

William Randolph Hearst was an admirer of Pulitzer and co-opted some of his techniques while successfully running the San Francisco Examiner. While Pultizer occasionally made use of sensationalized headlines, Hearst fully utilized the style to capture the imagination of the public.

Hearst immediately began a circulation war with Pultizer’s New York World in order to capture advertising dollars and thus profit. Hearst undercut the price of Pulitzer, selling his papers for one cent against Pultizer’s two cents.

When Pultizer matched the price hoping to bankrupt the Journal, Hearst lured many of Pulitzer’s staff to work at the Journal instead.

The competing papers each published their own versions of the “Yellow Kid” for a time to try and win over audiences. The dual use of the “Yellow Kid” as well as the familiar styles used by Joseph Pulitzer and WIlliam Randolph Hearst eventually created a new term for their journalistic practices: yellow journalism.

The Use of Yellow Journalism by Newspapers in the 1890s

The use of yellow journalism by newspapers in the 1890s led to highly-sensationalized news stories for the sake of increased revenues. Yellow journalism was primarily motivated by greed as journalistic integrity suffered under unethical practices.

To be clear, Pulitzer and Hearst did not invent the sensationalist headlines and reporting that defined yellow journalism. Fabricated stories and headlines designed to rouse citizens to action date all the way back to the founding of the United States with newspapers’ reaction to the 1765 Stamp Act and the Boston Tea Party.

Instead, Pulitzer and Hearst helped carry sensationalism to new heights defined by the term yellow journalism. Their papers designed headlines and stories specifically to help fulfill what they saw as man’s insatiable appetite for horrors, crimes, disasters, and injustice.1

Reporters and editors often did not use objective reporting, instead iinserting their own views or leading readers towards the conclusion they desired. If truth was an inconvenience, it was often minimized or completely ignored.

Prior to the 1880s newspapers largely avoided publishing details on the lives of private citizens. This trend reversed in the 1890s as reporters began to hound affluent or influential citizens in search of scandal or newsworthy detail.1

However, while urban newspapers could easily report on private citizens due to the sheer number of people, more rural newspapers could not write anything derogatory about individuals given the much closer community ties.2

In the absence of newsworthy events, reporters would often create their own. Reporters created promotional stunts to help spur newspaper sales and even would report from the “ground up,” inserting themselves into stories.

In one instance, a journalist was told to fake a drowning so he could report on the inefficiencies of the river police.2

With their attention-grabbing headlines, newspapers played an outsized role in creating outrage and influencing public opinion.

How did Yellow Journalism Contribute to the Spanish-American War?

Yellow journalism is perhaps most remembered by its contribution in the beginning of the Spanish-American war. Long before the war, sensationalist headlines documenting Spanish atrocities in Cuba helped to sway American public opinion in favor of Cuban independence from Spain.

Even when there was no story to tell, newspapers would create one. William Randolph Hearst allegedly told one correspondent in January 1897, “You furnish the pictures and I’ll furnish the war” when the correspondent complained of a lack of trouble.3

Whether Hearst said those infamous words or not, he soon had his war. When the USS Maine exploded in Havana harbor killing 266 of its 345 crew members, sensationalist headlines quickly blamed the Spanish, despite there being virtually no evidence of the fact.

It is now believed that an explosion in the powder magazine ignited, sending the ship to the bottom of the harbor.

Fewer than 48 hours after the explosion, Hearst and Pulitzer’s yellow journalism tactics had whipped the public into a frenzy over the perceived Spanish attack. Hearst himself offered $50,000 to any man that could detect the perpetrator of the Maine attack.3

The eventual declaration of war by the United States on Spain gave the New York City newspapers exactly what they desired. War coverage was in great demand, and the papers each sent hundreds of war correspondents to the island to report on the war.

At this moment, no expense was too great as each newspaper company spent vast sums on transportation, wire fees, cameras, and salaries, among other items.

Hearst’s Journal spent just under an estimated $50,000 a week at the war’s height, virtually wiping out all its profit.3

The invention of the telegraph aided yellow journalism tactics as the speed of information allowed the press to control production of Spanish-American war news and manipulate it to their own benefit.

The Significance of Yellow Journalism

During its heyday, the application of yellow journalism was extremely significant to how the American public perceived issues of the day. It is well-known for its connection to the Spanish-American war but also had great impacts on society, particularly in large urban centers.

While the public may have craved the sensationalist headlines for a time, this sentiment did not last forever. In fact, it was a relatively short craze that had an outsized impact.

Historian Sidney Pomerantz makes note of a publication from the newspaper industry in 1898:

Aside from the fake stories and lies, the public also complained greatly about the further intrusion of privacy. Virtually all public or influential figures were subject to an onslaught of journalists invading their private lives.

President Grover Cleveland is said to have had a horde of reporters follow and stalk him and his new wife on his honeymoon. This was even more alarming considering the Secret Service protecting the president did not exist in this time period.2

Indeed, soon after 1898 “normal” journalism returned as other newspapers, such as the New York Times, proved this model could be profitable.

Yellow journalism did not go away completely—it merely transformed into something else entirely.

Tabloid journalism can be considered a form of yellow journalism, where dramatic, sensationalized, and oftentimes blatantly false headlines and stories are the focus.

The rise of the internet has led to the modern issue of “fake news” as well as click-bait headlines designed to capture readers’ attention, admiration, or outrage.

While the use of yellow journalism by newspapers in the 1890s eventually subsided, it merely served as a precedent for similar styles of journalism in the future. 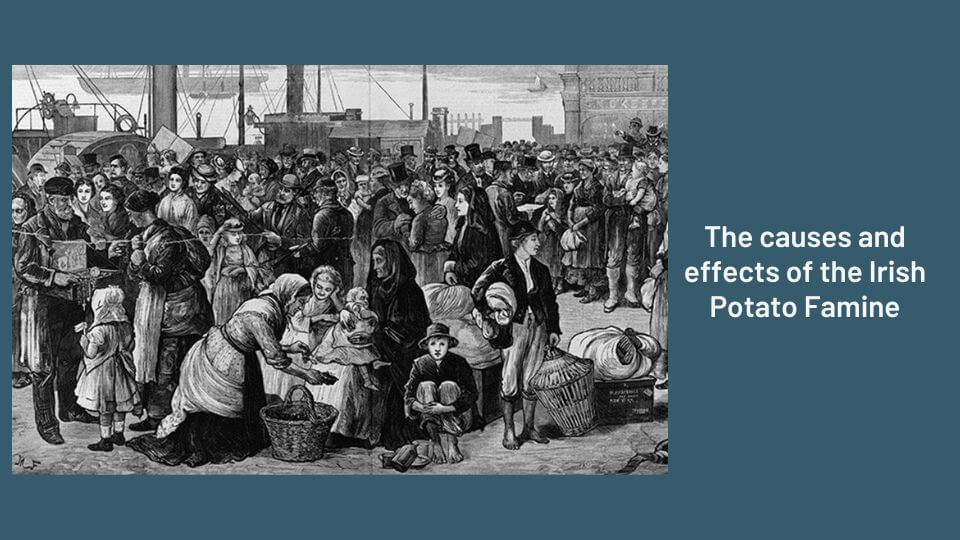 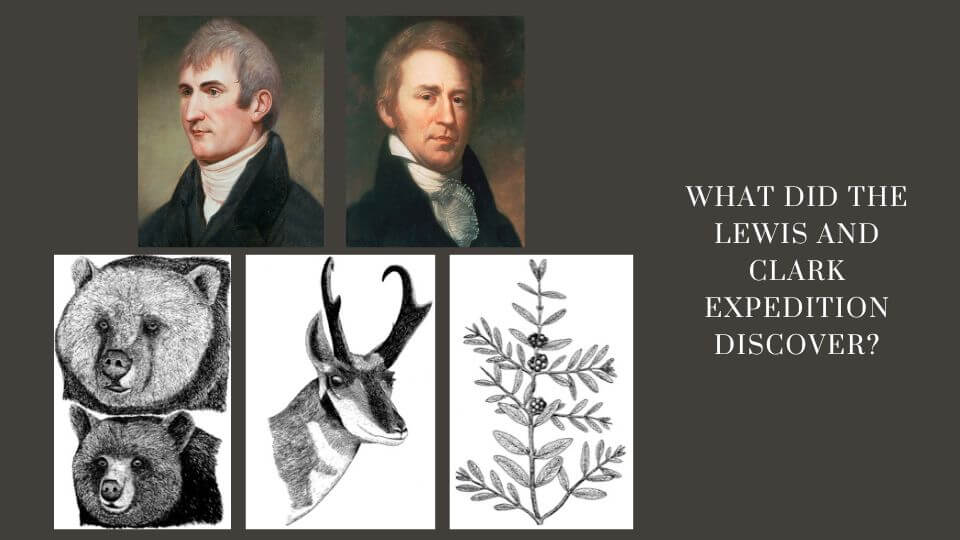 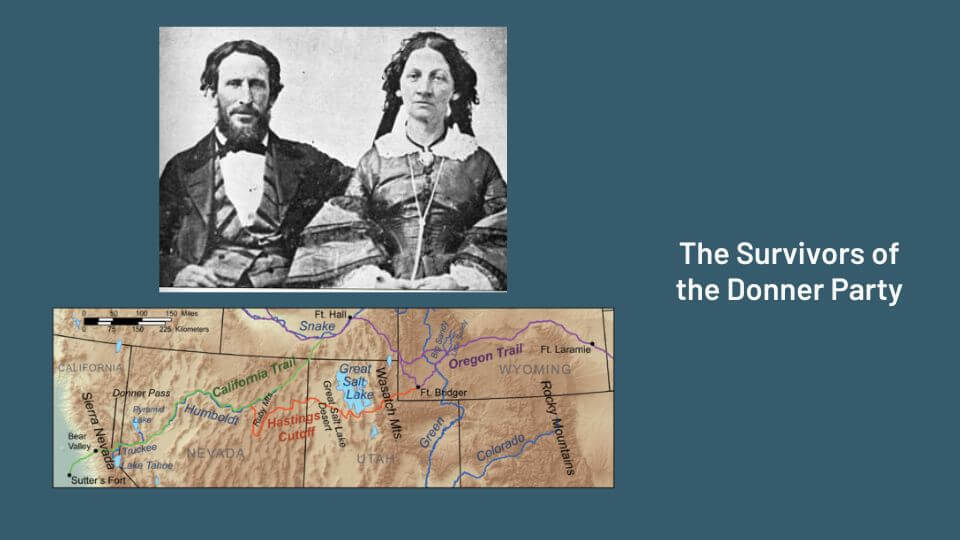