The Western Theatre of the American Civil War is one that is often overshadowed by the Eastern Theatre with the Armies of the Potomac and Virginia. Despite this the Western Theatre featured several major operations including the Battle of Vicksburg which proved to be of utmost significance in the overall war effort.

In the early years of the war the Union found most of its successes in this theatre. While the Army of the Potomac was struggling with poor leadership, the Army of the Tennessee was commanded by Ulysses S Grant.

Grant proved to be a brilliant tactician and strategist. Though he made his fair share of mistakes, his leadership held the Union armies of the Western Theatre together and he was the primary factor behind several key Union victories.

One of these victories was at the Battle of Shiloh. Thanks to the Army of the Cumberland coming to Grant’s rescue, Shiloh and the subsequent capture of Corinth proved to be a major strategic victory.

The Union army in the west could now go on the offensive and it set its sights on Vicksburg, Mississippi. The ensuing Battle of Vicksburg, ending just one day after the decisive Union victory at Gettysburg, would prove to be a major turning point in the war.

After the Union victory at the Battle of Corinth in October 1862, Grant turned his attention towards the Confederate stronghold of Vicksburg. Union leaders considered the capture of the city as essential for Union victory over the Confederacy.

Vicksburg was strategic in that it was located on the eastern bank of the Mississippi River at a hairpin turn. With the city placed high on the bluffs, its artillery fire could devastate ships from either direction. In addition, with its central location east to west, it served as “the nailhead that held the South’s two halves together” (Jefferson Davis).

The capture of Vicksburg would be crucial to splitting the Confederacy in half. To that end, Grant began the Vicksburg Campaign. This campaign lasted from December 1862 – July 1863 and consisted of a series of maneuvers and battles bringing the Union army ever closer to the city.

The Union army enacted a series of maneuvers to distract the Confederates and land unopposed on April 29-30. With Grant’s forces now south of the city, they rapidly fought their way northeast to Jackson, Mississippi.

After capturing the Mississippi capital on May 14, 1863 and splitting two Confederate armies, Grant turned west towards Vicksburg. Confederate forces under John C. Pemberton met Grant outside the city in a series of several battles looking to thwart the invasion.

Grant persevered and forced Pemberton’s troops to retreat back into the city by May 18th. After two assaults on Vicksburg led to high Union casualties, on May 25th Grant decided to besiege the city and cut off all supply lines and communications.

Who Won the Battle of Vicksburg

On July 4, 1863, the Confederate garrison surrendered after a 47 day siege, giving the Union army a victory at the Battle of Vicksburg.

The Union army maintained its encirclement of the city for the duration of the siege. Union troops built over 15 miles of trenches and settled in with their supply lines intact to wait out the defenders.

Vicksburg was well-fortified and defended, and the Confederates occupied the high ground. This gave no incentive for Grant to mount another costly attack. Instead, he sent some troops to nearby locations to deter any Confederate force from coming to Vicksburg’s aid.

Grant occupied his troops with building tunnels underneath Confederate forts and using explosives to damage or destroy their positions. These were met with varied success.

Throughout the siege the Union army and gunboats on the Mississippi River subjected the defenders and citizens of Vicksburg to a constant barrage of artillery shells. Citizens were terrorized and forced to dig and live in caves in the hills surrounding the city for protection.

Rations in the city were cut early on in the siege to help the food last longer. As the siege extended with no end in sight, rations furthered dwindled as citizens and soldiers alike lost weight and suffered from dehydration and malnourishment. In many cases the defenders resorted to eating their draft animals for additional food.

By July 3rd, Confederate general Pemberton approached Grant for peace terms. As was standard from Grant, he demanded unconditional surrender, though Pemberton refused.

Later that night Grant relented on his demand. The Union could ill afford to feed 30,000 Confederate prisoners for the duration of the war, and the process of transferring the prisoners north would occupy his army for months. He instead agreed to parole the Confederate defenders and with that the defenders officially surrendered the next day.

This decision would prove to haunt Grant as many of these same paroled Confederate soldiers would return to fight him again at future battles.

Leaders and Casualties at Vicksburg

The overall Union commander at the Battle of Vicksburg was Ulysses S. Grant. The victory here would be one of Grant’s signature feats of the war, and catapulted him up the Union ranks.

William Tecumseh Sherman also played a major role as one of Grant’s most trusted commanders throughout the Vicksburg Campaign. Sherman’s starling performance eventually led Grant to promote him to lead the Army of the Tennessee.

It’s with this army that he would ultimately lead his infamous “March to the Sea” through Georgia, striking a devastating blow to the Confederacy.

Confederate forces were led by John C. Pemberton. By surrendering Pemberton effectively tarnished his name and Confederate leaders relieved him of his command. He would play no further major role for the remainder of the war.

General Joseph E. Johnston was the overall Confederate commander of the Western Theatre. The general would play a minor role in the Vicksburg Campaign. Johnston was in charge of the Confederate relief force for Vicksburg, but failed to take action in time to save the city.

Total Union strength at the Battle of Vicksburg began at about ~44,000 and grew to nearly ~77,000 by the end of the siege. Meanwhile the Confederacy only mustered ~33,000 troops.

As was the case for most Civil War battles, the Union enjoyed a superior numerical advantage. Union forces suffered a total of ~4,910 casualties. This consisted of 806 killed, 3,940 wounded, and 164 missing and captured.

The Significance of the Battle of Vicksburg

The Union victory at the Battle of Vicksburg was ultimately of great significance towards the overall war effort by giving the Union complete control over the Mississippi River and splitting the Confederacy in two. Now the Union could utilize the river again for agricultural exports from the Midwest as well as deprive the Confederacy of critical men and supplies from their western states.

First, the Confederate defeat gave the Union complete control over the Mississippi River splitting the Confederacy in two with western states such as Texas, Arkansas, and Louisiana now cut off from providing vital men, food, and supplies. Second, control of the Mississippi could now allow the Northern states in the Midwest to utilize the waterway again for agricultural exports.

The loss of Vicksburg was also a huge psychological blow to the Confederacy. They relied on the river just as much as the Union and to lose complete access was a huge defeat.

Coupled with Robert E. Lee’s loss at Gettysburg the day prior to Pemberton’s surrender, the significance of the Battle of Vicksburg cannot be understated. Historians consider the battle to be a major turning point of the war.

In some ways, it was the beginning of the end for the Confederacy. 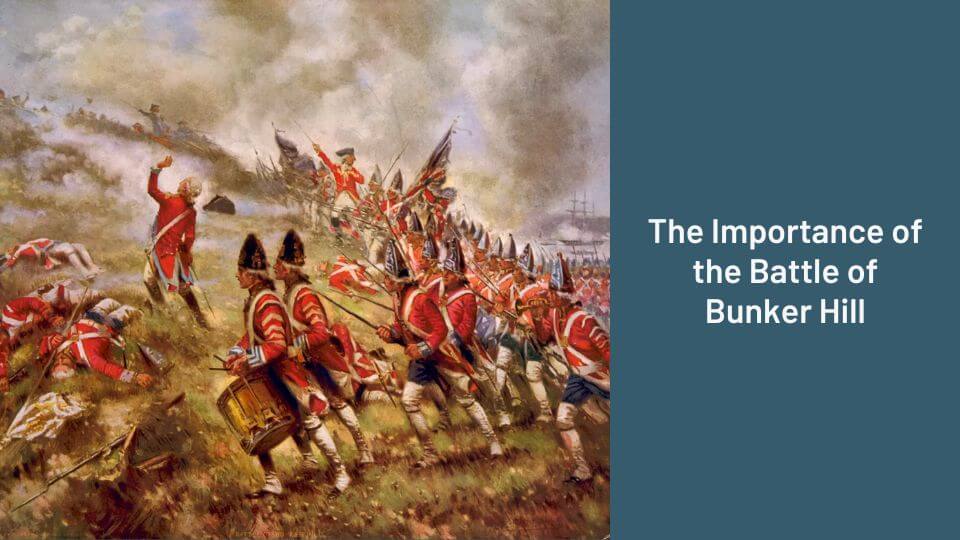