In the waning days of his presidency John Adams signed into law a highly controversial bill. The Judiciary Act of 1801 would go on to have great significance in the following years, helping to change the federal government as we know it.

Also known as the “Midnight Judges” Act, historians often portray the Judiciary Act of 1801 in a partisan light. In this view the act was a desperate attempt by the Adams administration to hamstring the incoming Jefferson administration and preserve Federalist influence in the federal government.

The truth is far more complicated and the makings of the 1801 law originated in the early days of the new Constitution. The Judiciary Act of 1801—and its repeal a year later—had an enormous impact on the trajectory and makeup of the early United States.

The Significance of the Judiciary Act of 1801

The historical significance of the Judiciary Act of 1801 lies in how it reorganized the federal judiciary, addressed long standing concerns over “riding circuit,” helped spur partisan discontent, and led to the Marbury v. Madison case.

The act famously led to the frenzied process of appointing dozens of new lifetime appointments of federal judgeships to Federalist supporters in the last days of Adams’ presidency.

The last-minute appointments led opponents to nickname the act as the “Midnight Judges” Act, whereby Secretary of State John Marshall had to deliver the federal commissions by midnight before Jefferson assumed office.

Even more consequential was how the Judiciary Act led to the important Marbury v. Madison case where the Supreme Court greatly enhanced its own powers.

One of the most significant aspects of the Judiciary Act of 1801 was how it reorganized the federal judiciary.

The Judiciary Act of 1789 originally established three total circuit courts over which the Supreme Court justices presided. These justices thus had to “ride circuit” to hear cases within their district, which consisted of a considerable amount of time spent traveling throughout the year.

To relieve the Supreme Court justices of this burden, the Judiciary Act of 1801 reorganized the circuit courts, doubling the number from three to six.

Each circuit court would have three federal circuit court justices, aside from the Sixth circuit which would only have one. The Sixth Court consisted of Tennessee, Ohio, and Kentucky, which were sparsely populated at the time. The existing District Court justices eventually were to be granted circuit judgeships.1

The new act also reorganized the District Courts throughout the United States. From an original six, four new districts were added for a total of ten. However, the act did not appoint any new District Court justices, instead requiring existing justices to preside over the new districts.

Therefore, the Judiciary Act of 1801 created a total of sixteen new lifetime federal judgeships to the federal judiciary branch.

Despite the major reorganization, the act made no real fundamental changes to the powers of the judiciary. Perhaps the most important part was that the Supreme Court justices no longer had to spend time “riding circuit.”1

One of the biggest complaints by Supreme Court members was the requirement to “ride circuit.”

This consisted of significant travel obligations every year in order to hear cases in the circuit courts to which they were assigned, ranging from New Hampshire down to Georgia. In addition to the twice annual Supreme Court sessions, Supreme Court justices spent a majority of the year away from their families, a major drawback.1

The Judiciary Act of 1789 that created the circuit courts bestowed this obligation on the Supreme Court justices. At the time members of the federal judiciary objected to the requirement, but did not press the issue.1

The justices ultimately believed the riding circuit arrangement was to be a temporary measure, not permanent, and understood Congress had many pressing concerns in those early years.

As early as 1792 the Supreme Court justices petitioned the President to request Congress make changes to the Judiciary Act given the less than desirable arrangement.1

While Congress acted in 1793, it did not rescind the requirement to ride circuit completely.

Riding circuit was so unpopular that many would-be justices declined appointments to the Supreme Court over the requirement. A perfect example is that of former Chief Justice John Jay.

When Chief Justice Oliver Ellsworth resigned from the Supreme Court in 1800, President John Adams offered the position to former Chief Justice John Jay, who previously led the court from 1789 to 1795.

Jay, however, declined the nomination, in part due to his age and health, though primarily due to the requirement to ride circuit. It just was not suitable nor desirable for many.2

After Jay declined, Adams nominated his Secretary of State, John Marshall, as Chief Justice who went on to have an enormous impact on the federal judiciary.

The passage of the Judiciary Act of 1801 immediately spurred widespread partisan discontent. The timing of the law in February 1801 could not have come at a worse time, following the extremely contentious election of 1800.

Supporters of incoming President Thomas Jefferson immediately accused the lame-duck Adams administration of trying to hamstring Jefferson’s presidency. Admittedly, on the surface Jefferson’s supporters appeared to have a point.

Adams’ last-minute appointments of primarily Federalist-minded justices to the sixteen new circuit court judgeships looked awfully suspicious. Due to serve lifetime appointments, these justices could severely limit Jefferson from implementing his agenda during his presidency.

Perhaps even more so, the reduction of Supreme Court justices from six to five screamed of partisan maneuvering. Jefferson now was even less likely to be able to appoint any justices with Jeffersonian ideals during his presidency to the Supreme Court given the reduced number.

Although the Judiciary Act of 1801 certainly appeared to be crafty partisan maneuvering by the Adams administration, it merely looks that way in hindsight.

Though not signed into law until February 1801, the act was actually first introduced in Congress during the first session of the Sixth Congress between December 1799 and May 1800. These dates were before the election of 1800, when it was still undetermined who would win the presidency.1

Regardless, the fact that Adams rushed in to appoint as many Federalist justices as possible gave the Judiciary Act of 1801 the nickname the “Midnight Judges Act.”

A final reason for the significance of the Judiciary Act of 1801 was how it indirectly helped lead to the landmark Marbury v. Madison case.

Along with the Judiciary Act of 1801, in February 1801 the Adams administration also passed an act creating over 40 new justices of the peace in DC and Alexandria. Given the last-minute nature of these acts, the Secretary of State, John Marshall, did not deliver all the commissions in time before Jefferson’s presidency began.

When Jefferson took office, he outright refused to deliver the outstanding commissions to Federalist-aligned judges. He believed that since the commissions went undelivered, they were now void.

One of the men who failed to receive his commission, William Marbury, went on to sue the Jefferson administration in the case now known as Marbury v. Madison.

Although Marbury received a judgeship from the separate justice of the peace act, Adams’ last minute, rushed appointments from both acts likely contributed to Jefferson’s decision to withhold the undelivered commissions.

Marbury, v. Madison, of course, went on to have drastic implications for the role of the judiciary in the federal government.

In his ruling, Chief Justice John Marshall masterfully navigated a difficult political situation by simultaneously expanding and decreasing the judiciary’s power. Marshall’s decision invalidated a section of the Judiciary Act of 1789, in the process reducing the Supreme Court’s power and rendering it unable to force President Jefferson to deliver Marbury’s commission.

Simultaneously the decision established the concept of judicial review, greatly expanding the federal judiciary’s power as the final interpreter of Constitutional intent.3

The case is perhaps the most important in US history, given its implications and expansion of the federal judiciary’s role.

To recap, the historical significance of the Judiciary Act of 1801 lies in how it:

Although the Judiciary Act of 1801 addressed many long-standing concerns, the partisan appearance of the law doomed it.

At first chance, Jefferson’s supporters in Congress voted to repeal the act in January 1802. Supreme Court justices would continue to have to ride circuit every year until the Judiciary Act of 1891 finally ended the practice.

President Jefferson seized on the opportunity to potentially remove a Federalist Supreme Court justice. The House of Representatives impeached Justice Chase in 1804, though the Senate eventually acquitted him and he remained in office.

Despite only being in existence for less than one year, the historical significance of the Judiciary Act of 1801 cannot be understated. 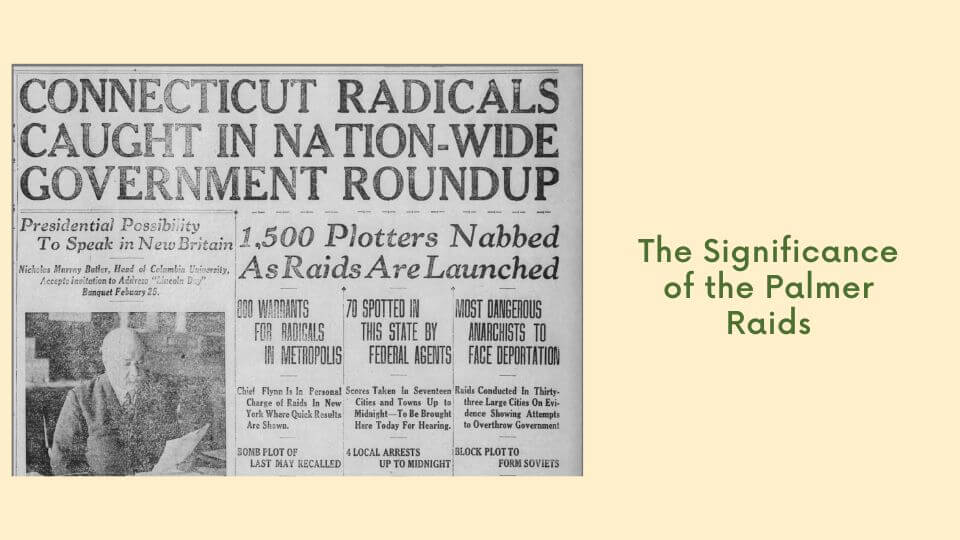 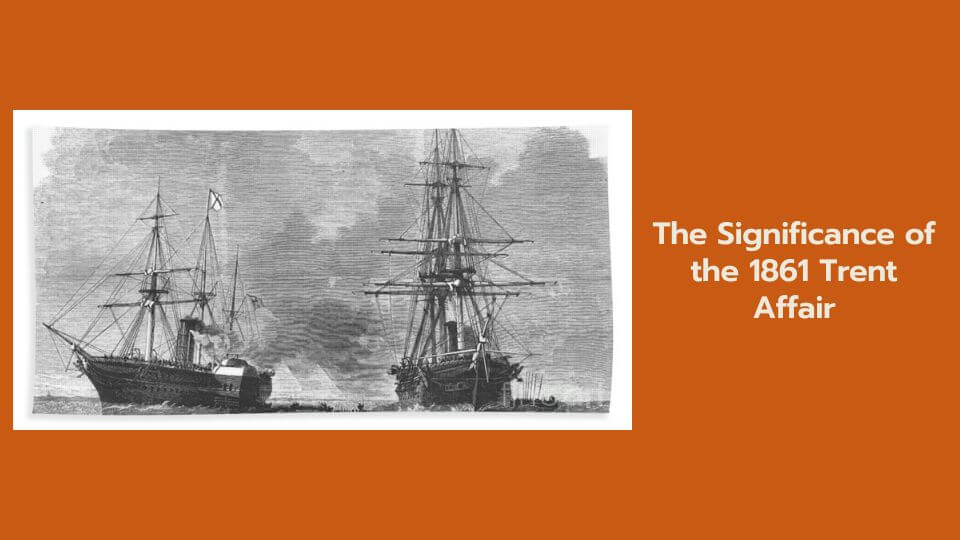 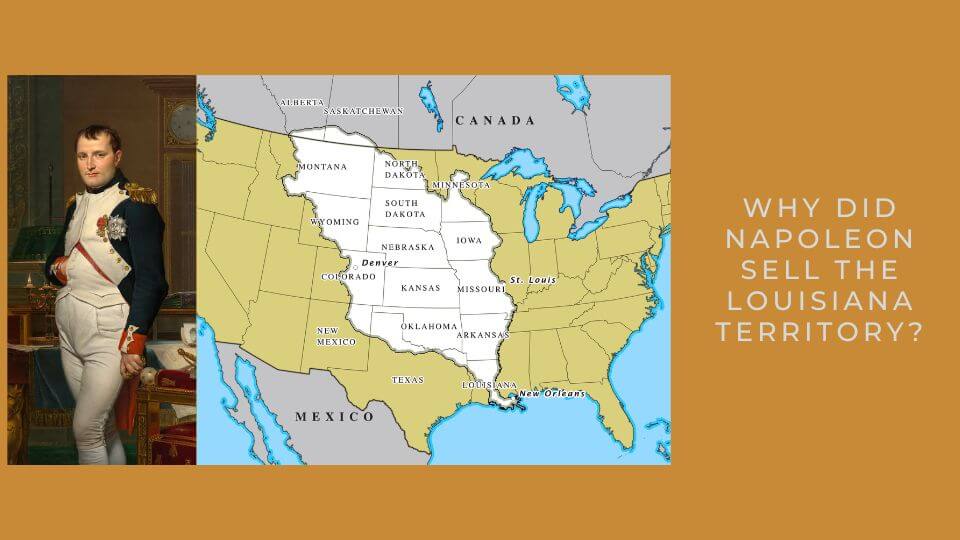