In the lead up to the American Civil War there were dozens of events that contributed to disunion. Perhaps no event was as important as the Supreme Court decision in Dred Scott v. Sandford in 1857.

The Supreme Court, led by Chief Justice Roger Taney, decided that Dred Scott’s attempt to sue for freedom was invalid because he was black. In the court’s view of the Constitution, black people were not considered citizens of the United States and only citizens could sue in federal courts.

While the case could have been closed with that decision, the court took it a step further. The majority also ruled that Congress did not have the power to ban slavery in federal territories. It effectively declared the important Missouri Compromise of 1820 unconstitutional and opened the path for the expansion of slavery.

Court historians generally view the Supreme Court’s ruling in Dred Scott v. Sandford to be one of the worst in its history. Not simply because of the racist and moral implications, but also due to the court ignoring precedence and ruling on its substance, rather than simple procedure.

The court hoped that its ruling would put an end to the legal and constitutional question of slavery. To its dismay, the opposite occurred. While southerners favored the decision, many northerners refused to accept the court’s decision.

Instead of placating the nation, the Supreme Court’s decision in the Dred Scott case merely fanned the flames, further dividing the nation and contributing to the split of the Democratic party.

In some ways, it can be seen as Fort Sumter on paper, further escalating the conflict between north and south.

The eponymous Dred Scott was born a slave in Virginia at the end of the 18th century. His owner moved several times throughout the south, eventually landing in Missouri in the 1820s.

There his original owner died, and Dred Scott was sold to John Emerson, a surgeon in the US army, in 1833. Shortly afterwards, the army stationed Emerson in the free state of Illinois and then the federal territory in modern-day Minnesota. Emerson brought Scott with him on his assignments.1

As Illinois was a free state, it was illegal to hold slaves within its borders. In addition, the Missouri Compromise outlawed slavery in federal territory north of 36° 30’ parallel. Thus, had Dred Scott been aware, he could have been freed while residing in these lands per existing law at the time.

In 1846, Dred Scott attempted to purchase his freedom from Sanford. She refused, given her pro-slavery views, and forced Scott to seek other options. Around this time, abolitionists advised him to sue for freedom in Missouri courts since he had been held illegally on free soil.1

Scott won his case in a Missouri circuit court retrial 1850. However, Sanford appealed to the Missouri Supreme Court, and in 1852 the court reversed the decision on the grounds that it was not Missouri’s duty to carry out the laws of other states.

This ruling was a reversal of Missouri court precedence. From 1824-1841 the Missouri Supreme Court balanced the rights of slaveholders and slaves while respecting the laws of free states. After 1841 the court turned more pro-slavery given increasing the sectional tensions.2

Given a lack of other options, Dred Scott once again sued Sanford, this time in federal court. After the federal court relied upon Missouri’s decision, Scott appealed to the Supreme Court, leading to the infamous Dred Scott v. Sandford case (a clerical error misspelled the defendant’s name).

Why was the Dred Scott Supreme Court Decision Important?

The Supreme Court decision in the Dred Scott case was incredibly important as it struck down the Missouri Compromise of 1820 as unconstitutional and ruled that black people were not considered citizens of the United States. Slavery was now free to spread unfettered in federal territory, even in the north.

Dred Scott v. Sandford was first argued before the Supreme Court in December 1855, yet the decision was not given until over a year later in March 1857. Southern members of the court, particularly James Wayne from Georgia, pressured Chief Justice Roger Taney to include a judicial decision of the constitutional principles of slavery, arguing that the peace of the country demanded an opinion.3

While Chief Justice Roger Taney wrote the “Opinion of the Court,” in actuality all nine judges wrote their own opinions, varying from sixty-nine pages to just half a page.4

While most historians generally consider Taney’s opinion to be the opinion of the majority, many of the justices included in the majority did not agree with him on all his statements. On several issues, there were never more than four justices that explicitly agreed with him.5

Taney went further in the “Opinion of the Court,” stating that not only was Dred Scott not a citizen, but no black person could be a citizen in the United States.

Taney argued that the founding fathers could not possibly have included black people in the Constitution’s words of “all men are created equal,” for their actions spoke otherwise. Faced with choosing between the founders’ hypocrisy or white supremacy, he decided the latter was far more plausible.1

How did Dred Scott Lead to the Civil War

The Dred Scott case was one of the most influential—if not the most—factors that led to the Civil War just a few years later.

Had Taney and the Supreme Court left the decision of a simple case of jurisdiction whether or not Dred Scott was a citizen, the impact to north-south relations may have been blunted. Instead Taney ignored court precedence and assessed the constitutionality of issues not directly at hand.3

The ruling effectively made the Missouri Compromise of 1820 unconstitutional and neutralized the concept of popular sovereignty in the territories. Slavery could now expand to any federal territory, even in the north.

For the first time in its history the Supreme Court struck down an act of Congress not directly related to the courts.1

Northern and southern reactions to the decision varied greatly. Southerners rejoiced at the favorable decision for their pro-slavery ambitions and hoped northerners would honor and respect the Supreme Court decision.

A vast majority of northerners, including the newly-formed Republican party, were furious at the decision. Some believed that Taney overstepped and that any ruling not directly pertaining to Scott’s freedom was ober dictum, or the judge’s personal opinion having no legal force.1

Republicans also suspected collusion between Democratic members of the court and Southern politicians. Seven of the nine justices were Democrats while five of the nine were from the south.1

Incoming Democratic President James Buchanon hinted that he knew exactly what the court decision was going to be in his inaugural address on March 4, 1857 and perhaps may have even influenced judges to vote in a specific way.

The increased sectional tensions over slavery brought about by the Dred Scott ruling further led to the likelihood of Civil War between the north and south.

The Significance of the Dred Scott Decision

The historical significance of the Dred Scott decision lies in its impact on further leading the United States to disunion and the Civil War.

By declaring that all black people were not citizens, the court blocked not only enslaved people from federal courts and the rights guaranteed to citizens, but also free blacks. This included African-Americans that had been free for generations in the north and those that had been promised freedom for fighting in the American Revolution.5

This result was unacceptable to abolitionists in the north. Without citizenship, African-Americans could virtually never be “free.”

Republicans in the north also feared what the Dred Scott decision would lead to in the future. There was legitimate concern that the next logical step for the Supreme Court would be to declare that banning slavery in northern states was unconstitutional.

Abraham Lincoln was a proponent of this thought and used the decision as a platform to help him rise through the Republican party. In the infamous Lincoln-Douglas debates of 1858, Lincoln relied upon northern outrage from the case and the issue of slavery to build a platform for his Senate bid and eventual Presidential run.

The Dred Scott decision not only impacted northerners and Republicans, but also the Democratic party. Many in the Democratic party, including the influential Illinois Senator Stephen A. Douglas, believed that the concept of popular sovereignty should be allowed in the territories.

The tenuous Democratic party coalition between northern and southern factions split as southerners refused to back a candidate that did not fully align with their pro-slavery ambitions.

The Supreme Court decision in the important Dred Scott case was yet another major event on the road to the Civil War. 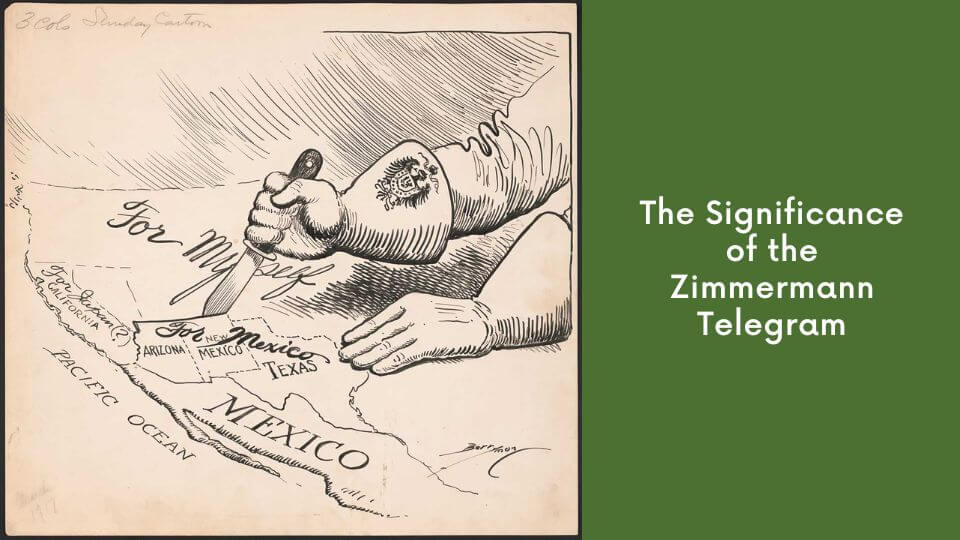 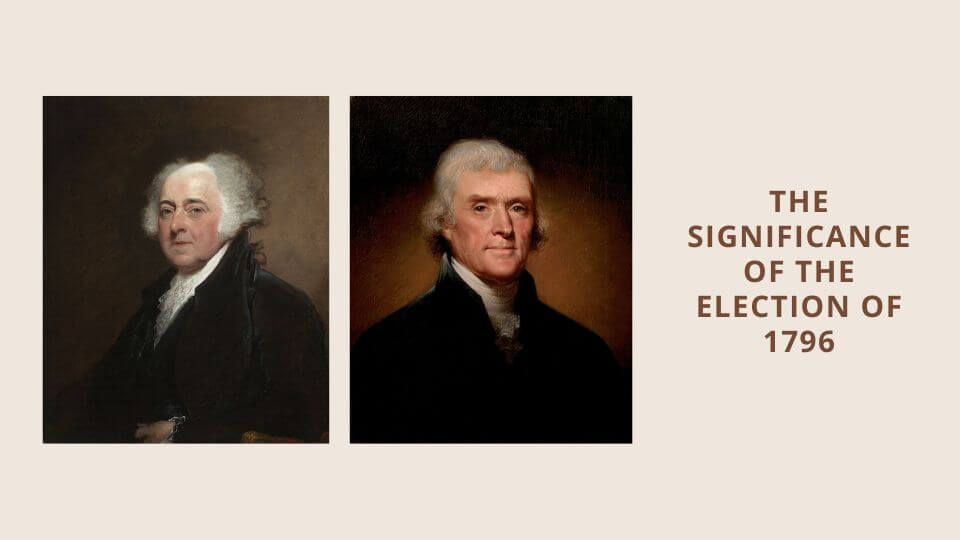