The United States experienced a post-war economic boom followed immediately by a nation-wide financial crisis in the aftermath of the War of 1812. The causes of the Panic of 1819 were multifaceted and complex, and the effects of the depression could be felt for decades afterwards.

Post-War of 1812, the United States entered a period of heightened nationalism and euphoric sentiment known as the Era of Good Feelings. While some scholars note this era lasted until the election of 1824 and the “corrupt bargain,” the Panic of 1819 brought widespread distress and depression to the nation.

The primary cause of the Panic of 1819 was lax banking practices that allowed far too many banking notes and credit to be released than were firmly backed by hard currency.

Land speculation—specifically in the west—ensued, driving prices ever higher. As inflation skyrocketed, the newly-enacted Second Bank of the United States (SBUS) was forced to contract the money supply, calling on those with debts to pay what was owed.

Further compounding the depression was a slowdown in the global economy following the end of war in Europe, leading to drastically lower American exports and a reduction in commodity prices.

Banks, businesses, and farms went bankrupt and closed shop. Unemployment in cities skyrocketed with people searching for work as the economy ground to a halt.

The Panic of 1819 is considered the first true nation-wide depression that caused impacts across all social classes. While the panic largely subsided by 1822-1823, the effects could be felt acutely throughout the next decades.

The Era of Good Feelings

Most historians note that the Era of Good Feelings lasted from about 1815 to 1824. The period featured a rare period of one-party dominance that coincided with the presidency of James Monroe.

Andrew Jackson’s monumental victory in the Battle of New Orleans in 1815 led to a period of heightened nationalism. The post-war boom in the economy and easy access to credit allowed settlers to move further west and investors to speculate on frontier lands.

One of James Madison’s last actions in office was to charter the Second Bank of the United States in 1816. The move was shocking as a national bank was considered to be an abandonment of Jeffersonian beliefs and ideals.

It was truly a sign of the changing US economy.

The War of 1812 highlighted the need for a national bank to provide fiscal order and regulate the amount of bank notes in circulation around the nation. Wartime uncertainties and exigencies led to an enormous issuance of paper notes as the nation suffered through widespread shortages of specie (hard money).

In order to help to increase the supply of currency during the war, states chartered their own new banks to fill this need. Pennsylvania legislators created thirty-seven new banks between 1814-1816 with other states enacting similar measures.1

Even as the war ended the expansion in banking and credit continued. Kentucky alone chartered forty new banks between 1817-1818.2

While this view of the Era of Good Feelings paints a rosy picture of life in the United States, it completely ignores significant events that impacted the nation, such as the incendiary debates over the eventual Missouri Compromise and the devastating Panic of 1819.

The Primary Cause of the Panic of 1819

The primary cause of the Panic of 1819 was a global market downturn that was exacerbated by rampant land speculation in the west and a prolonged contractionary monetary policy by the Second Bank of the United States.

From a global standpoint the causes of the Panic of 1819 included the end of the Napoleonic wars in Europe, at which point many soldiers returned home. These men returned to manufacturing or agricultural jobs that aided their home countries’ production.

During the wars the United States filled in to export massive amounts of agricultural goods to fill the gap. As the global economy adjusted and more countries resumed their own agricultural production, an increase in overall supply available led to a rapid drop in commodity prices, hitting farmers particularly hard.3

At the same time other countries resumed their export economies. The result was an influx of imports in the US but a decrease in the amount of specie (imports were paid in hard currency).

A decrease in specie available put US banks in a very precarious position. When printing banknotes or issuing loans, banks must keep a certain amount of specie for every banknote issued in order to pay interest and help prevent a “run” on the bank.

Historians believe that a 30 percent reserve ratio would have been a healthy measure for a national bank at the time.4

In the post-War of 1812 boom, the banking community continued lending at high rates, and the reserve ratio dipped to a dangerously low 12%. With all the money in circulation, inflation skyrocketed, leading to a huge asset bubble in the west based on land speculation.4

In response to the low reserve ratio, the SBUS began a contractionary policy aimed at reducing the amount of money in circulation. This increased the reserve ratio to a healthier measure.

By early 1819, the ratio had already doubled and the bank was in a much stronger financial position. The new President of the SBUS, Langdon Cheves, believed differently and thought the bank was still in dire straits. He continued to tighten the money supply to the point where the ratio climbed to over 60%.4

This action likely served to deepen the depression and caused needless suffering when a loosening of credit as the ratio approached 30% could have helped ease much of the economic distress.

There was little precedent at the time to determine how to resolve the Panic of 1819. Congress discussed a variety of methods, though eventually implemented very few actions.

President James Monroe himself pursued a very limited policy of government action on constitutional grounds. This lack of government aid and relief is drastically different from modern recessions and depressions.

States had their own responses and ideas of how to help ease the crisis.

Critics argued that such an action would cripple public confidence in the banking system as creditors would not receive their rightful payments. Others argued that debtors needed to bear their problems themselves as they believed that excessive extravagance fueled the depression. The resolutions were never acted upon.2

In Boston, the leading Federalists had a similar response and offered no solution to the panic. Their belief that the panic would subside through “the power of just laws and virtuous habits” further decreased their popularity.5

Ultimately Congress passed several laws aimed at helping ease the burden on the Panic of 1819.

The Land Act of 1820 ended farmers’ ability to purchase land on credit, but also lowered the requirements of acreage and price per acre to maintain affordability. The Relief Act of 1821 allowed farmers to return land to the government they could no longer pay for and gave a credit towards the debt owed.

While these measures provided relief, the Panic of 1819 was not truly resolved until the global economy adjusted. US exports rose once again in 1822, a signal that the crisis had largely passed.

The significance of the Panic of 1819 lies in the shocking amount of devastation it caused around the nation and its transformative impacts to the American populace in its aftermath.

Unemployment skyrocketed at the height of the crisis with cities hit particularly hard. Urban leaders were not prepared for the sheer number of the poor, unemployed masses with no public relief available.5

Banks became a scapegoat for society’s woes, and anti-bank sentiment grew nation-wide. Andrew Jackson notoriously distrusted banks and won the election of 1828 on an anti-bank platform.

Jackson would eventually dissolve the Second National Bank of the United States in the 1832 Bank War after opting to not renew its charter in 1836.1

Another impact of the Panic of 1819 was a marked increase in citizens’ involvement in politics. The crisis reversed the indifferent attitude towards politics that featured in the Monroe elections in 1816 and 1820.

The Panic of 1819 along with the Missouri Compromise in 1820 also helped lead to the rise of sectionalism. Northerners in general supported higher tariffs to help protect nascent American businesses.

Southerners typically opposed such measures as they negatively impacted agricultural goods. The battle over tariffs would feature prominently in the following decades such as during the 1828 Tariff of Abominations.

There were many causes of the Panic of 1819, and the effects would have a massive impact on the trajectory of the nation. 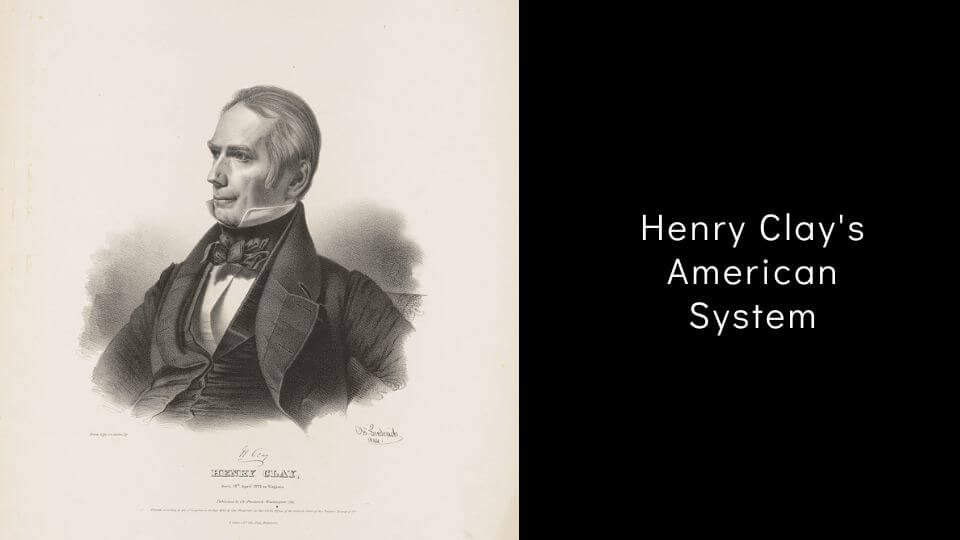